I have wanted a tattoo since I was in high school but never really took the leap and actually got one because:

– Pain. However, the older I get, the more I realize that Westley was right (as he always is because there is a shortage of perfect breasts in this world and true love doesn’t happen every day) – “Life is pain, Highness. Anyone who says differently is selling something.”

– I’m flighty. Like the flightiest little bird that ever took to the skies. If I’m going to get something indelibly inked onto my flesh, it damn well better mean something instead of just being a flight of fancy.

Over the years, I’ve thought the following would be good tattoos: stars, the nataraja, a number of quotes from The West Wing (including Josh’s line about how President Bartlet’s a good man with a good heart and he doesn’t hold grudges. That’s what he pays Josh for), various words written in various languages that are not English and a Sailor Jerry style swallow.

These are all terrible ideas.

Among my less terrible ideas – the last lines of The Great Gatsby:

Gatsby believed in the green light, the orgastic future that year by year recedes before us. It eluded us then, but that’s no matter — tomorrow we will run faster, stretch out our arms farther…. And one fine morning —
So we beat on, boats against the current, borne back ceaselessly into the past.

Also, Baz Luhrmann did his level best to ruin Gatsby for me with his stupid plastic zebras and fixation on ALL THE WRONG THINGS (the shitty millennial music video aspects of the story – Pretty people! Money! Champagne! – instead of focusing on how the hope that sustains a man is the same hope that will destroy him. J.R. Jones was so right when he called it, “a ghastly Roaring 20s blowout at a sorority house.”), so my veneration has waned a little.

Among my decent ideas are Bruce and Bukowski.

There’s a lyric from Badlands that I’ve been chasing around my head for years – “It ain’t no sin to be glad you’re alive.”

Happiness should be the default setting for humanity but as I grow older, I realize that this is not the case. Happiness is often hard won and the pursuit of it is something that people feel they have to apologize for.

Your happiness matters. You should strive towards it and to hell with anyone who begrudges, condemns or demands atonement from you for being glad you’re alive.

It’s tough, though and every now and then – you need reminding of this very simple fact. Every day, you wake up to absolution.

I’m sure there’s at least one cautionary tale about dating someone with a Bukowski line tattooed on their body.

Hell, if I was dating a guy and I found out he had a Bukowski tattoo, I would consider it:

A) a massive car dealership sized red flag. Like dude. No. This is going to end badly. Danger Will Robinson. Do not pass go. Do not collect $200.
B) ridiculously hot.

What? I am large; I contain multitudes.

For all his piss and vinegar and bile, Bukowski had this sense of hope. He kept it caged like the bluebird in his heart and the booze and the cigarettes and the whores and the broken hearts couldn’t keep it from singing out:

What matters most is how you walk through the fire.
Life is as kind as you let it be.
It has been a beautiful fight. Still is.
We have all this beauty in the world and all we have to do is reach out and touch it.
No one can save you but yourself and you’re worth saving

I probably wouldn’t get those last lines inked on me (despite the fact that I am certainly the heroine of my shit) but the rest of his work? Definitely worth deliberation.

I don’t want a tattoo because it’s cool or because a majority of my friends have one (those days have long passed me by). I want one because it would be a conscious decision I made regarding the state of who I am.

I’ve got scars I never requested. Tiny marks from wounds that never healed properly I never sought out. Freckles that have bloomed all over my neck and decolletage, giving me the appearance of an Everything Bagel. Even my pierced ears were a decision made for me as a child, but a tattoo?

That’s an alteration I have full control over. A permanent addition to a body that has served me well for the past 30+ years. A body that has survived hell and heartbreak and sickness and scrapes. A body that I don’t always love (as evidenced by my penchant to yelp out, “Oh, what in the unholy fuck is that all about?” while looking in the mirror) but manages to surprise me more often than not (yoga has made me realize how alternately strong and weak I am).

A body that is completely mine.

And what better way to honor it than by adorning it with something I love?

I’ve always been a pie-in-the-sky kinda girl. This is fantastic when you’re entertaining children, but vastly irritating when it comes to buying gifts.

Ask me what I want and I’m likely to respond, “I want Glenn Beck to just go away.” And while that gift would be fabulous, it’s kind of hard to obtain and somewhat impractical.

I realize this and that’s why I divide my wishlist into two separate categories:

Uhhhh, Yeah. Keep Dreaming, Kid and Mmmm. OK. We Might Be Able To Handle That.

One fanciful, one a little more realistic but both guaranteed to make this girl smile.

– The couch of my dreams – Macy’s Cabo Sectional. You know, the one I had an opportunity to buy this summer but didn’t and then, discovered the model was being discontinued. That couch.

– A house in which to place aforementioned couch. Preferably a sunny one with wooden floors, a media room, bookshelves built into the walls, lots of photographs, an avocado tree in the back yard and a big-ass kitchen with an island in the middle.

– A Delorean complete with functioning Flux Capacitor so I could travel back in time and see the following acts live:

Bruce Springsteen and the E Street Band on the last night of their 2001 Madison Square Garden show.
Led Zeppelin at MSG in 1973 (The Song Remains The Same shows).
The first night of Rolling Stones Licks tour at Wembley Stadium in 2003.
Stevie Ray Vaughan at Alpine Valley in 1990. I would tell him not to get on the helicopter. Of course, this would alter the course of future history and might create a time paradox, the results of which could cause a chain reaction that would unravel the very fabric of the space time continuum and destroy the entire universe! BUT, that’s a worse case scenario and the destruction might in fact be very localized, limited to merely our own galaxy, so you know — totally worth it. 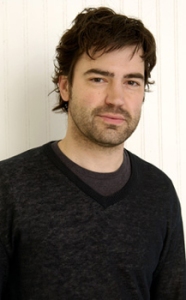 Mmmmm. OK. We Might Be Able To Handle That. 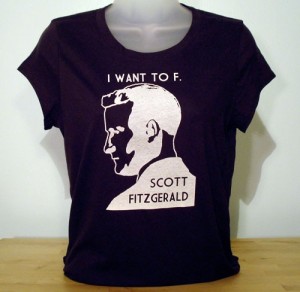 – I saw this shirt on Kori’s blog and basically decided that I. Must. Own. This.
– A BPA-free iced coffee tumbler.
– Alphabet rings — a D, a J and a heart.
– Marzipan because it is delicious and often formed into adorable shapes.

So, Santa — how about hooking me up? I’ve been relatively good this year and if anyone deserves an awesome couch, marzipan fruit or quality time with a really, really good-looking guy? It’s this girl right here.